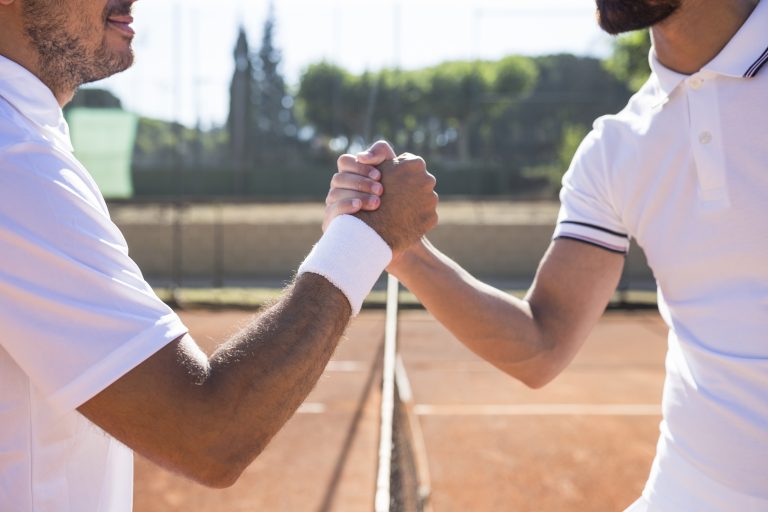 Sarah Galligan, Lecturer at AMOS Business School, shares her thoughts on sporting values and why they are about playing fair.

Whilst every sector can have a negative impact on society, each also has a superpower in relation to its potential for the positive. And for me, working in Corporate Social Responsibility (CSR), sport is where it’s at. It brings excitement and spreads positive values within a community like no other sector. It gets to parts of a community that other sectors cannot reach.

I encourage organisations I work with – and the students I teach at AMOS Sport business school – to reflect on what they love about sport. Invariably they talk about love and passion; pride and community. Their strong emotional bonds are usually connected to strong sporting values including fairness.

Sport is intrinsically about fairness. ‘Sporting values’ imply that everyone gets a chance and that we start at the same starting line and we all have the same opportunity to arrive at the finishing line.

But that’s not the case, is it?

Conversations about the lack of diversity in sport, corruption in sport and human rights violations by regimes hosting megasporting events hit hard because they go against sporting values.

Supporters cheer player decisions to ‘take the knee.’ Fans don’t want to watch a match in a stadium impoverished ethnic minorities have died building. Sponsors don’t want to be aligned with lack of freedom of speech. And sporting bodies increasingly see their remit as the promotion of their sport to all within a community – and their relationship with their members is changing: rather than ‘setting the rules’, members are asking them to defend their interests.

And fans, sponsors and members mean money – which means sporting values have an economic value. And with the volume of conversations about diversity and transparency within sport getting louder, there are opportunities for sport to lead other sectors in creating transparent, diverse spaces and reach different parts of its local community.

We can look at this in relation to current activity around diversity in sport.

There is a loud and broad conversation about providing opportunities (including media and participation) to a more diverse range of athletes. This is separate to the conversation about increasing diversity of employees within sporting organisations themselves. Lack of diversity in a workplace can have a direct impact on business decisions including broadcasting, funding, marketing and in effectiveness of business.

A 2015 McKinsey report on 366 public companies found that those in the top quartile for ethnic and racial diversity in management were 35% more likely to have financial returns above their industry mean, and gender-diverse companies are 21% more likely to earn more revenue. It’s a complex relationship and I encourage readers to explore the article but quite simply, in my classes I make the point that if we are only hiring straight white middle-class men, we will only ever have the best straight white middle-class men working for the organisation.

British Cycling is just one organisation committed to making its sport more inclusive at every level, from pro-cycling to community cycling and in its workforce. Their Our Ride diversity strategy was launched in 2021 and is also a key pillar to its overall business strategy.

Likewise, Sport England hired its first director of Diversity & Inclusion in 2021 whilst the Professional Cricket Association, British Badminton, British Canoeing and the Rugby Football League have also made recent first-time head of diversity hires. Whilst their remits will differ they are all likely to focus on increasing representation in their business and in the pool of athletes. We can expect to see more diverse sporting role models in coming years.

CSR has traditionally mirrored wider societal calls-to-action and this call for diversity is happening against the backdrop of the Black Lives Matter movement, of calls for protection of transgender rights and of calls for more women in the boardroom and in this context, it’s natural that all sectors are seeing increased calls for equality of opportunity and visibility on the pitch / court, piste, track.

If we build it, will they come? It’s been proven that women’s sports attract fans to the small screen and to stadia. Neilson’s 2018 report , The Rise of Women’s Sports provides data on this and also finds that running women’s sporting competitions at the same time as male competitions increases support. With this in mind, things look positive for this year’s UK-based Rugby League World Cup which is hosting the men’s, women’s and wheelchair at the first time which is ground-breaking – and also hopefully good for ticket sales. Playing fair here could be its superpower growing recognition of rugby league outside of its traditional northern heartland and of its supporter-base.

And then there’s the capacity for sport to celebrate diversity at a community level. Most of the sport organisations I’ve worked with including Rochdale AFC run programmes that support and celebrate diversity in their community either by being based within a specific ethnic community or by running gender-specific or physically inclusive community teams.

It’s clear that many sporting organisations recognise that they are key to their whole community – and that their values and actions should reflect this.

I expect to see organisations continuing to invest in the ‘social’ side of their CSR and ESG programmes. Investment in diversity and inclusion programmes in sport is in its infancy and we have lots to learn as to what works best.

What I also see is a movement of sporting organisations and national sporting bodies committed to measuring and showcasing the positive social impact of sport. When these learnings are shared with the wider sporting community, we’ll see a further increase in activity.

Won’t that be amazing?

Sarah Galligan is a CSR consultant at These Four Words who sits on the Diversity and Inclusion External Advisory Group for British Cycling and is currently working with the Rugby League World Cup 2021. She has worked with sporting organisations including Trek Bikes, Rochdale AFC, British Golf Industry Association, Cyclistes Professionnels Associés and is a visiting lecturer in CSR in Sports at Amos Sport Business School.