Katie Cross, the founder of Pledgeball, an organisation that encourages fans to live more sustainably, outlines how the soccer community can have a big impact by making small lifestyle changes.

Soccer fans could directly reduce global carbon emissions by more than 5.5 billion tonnes. That’s over half of what’s needed by 2030 to stop us exceeding the target of two degrees average warming.

It seems unlikely, but it’s true.

Climate change isn’t an easy topic to engage with – it’s complex, overwhelming and makes us feel powerless. But we’re not powerless. As soccer fans, we’re part of an enormous community of people, and it’s in the sheer size of that community where our power lies.

Consistently, research shows that over 70 per cent of people are concerned about climate change. Even more impressively, one European study found that 80 per cent of soccer fans believe that the sport should address environmental protection.

The first way fans can wield their power is both the simplest and the most directly beneficial. 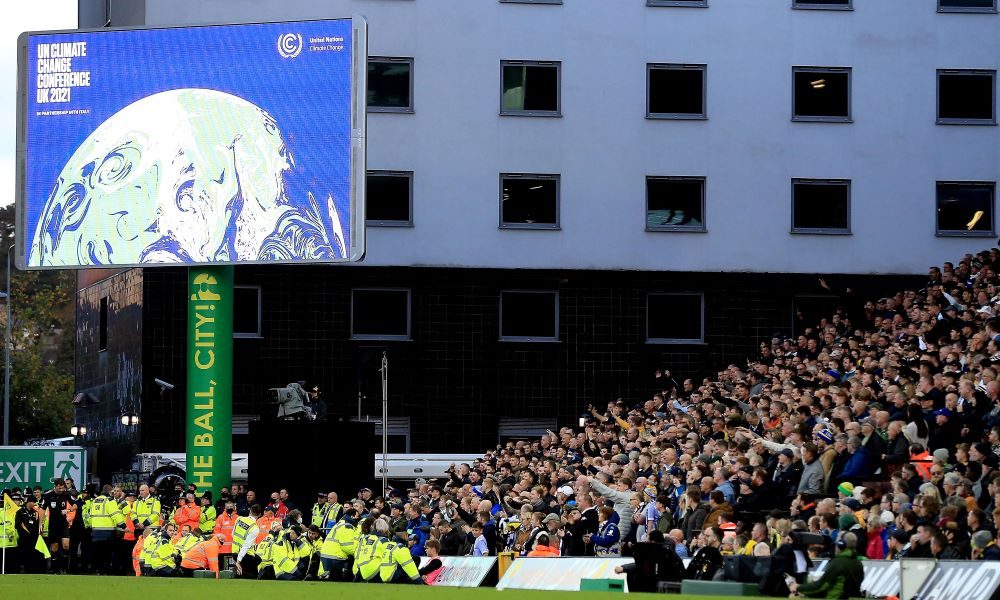 Imagine if 80 per cent of fans in the UK took action, big or small, to reduce their carbon emissions. Just by washing their clothes at a lower temperature, they could save the same amount of carbon as taking over 1.3 million cars off the road. By reducing their shower time to five minutes they could save the same amount of emissions as turning off a coal-fired power station.

Small lifestyle changes often feel completely pointless in the face of such a big problem, but imagine if we all did it.

And this is only part of the story. Individual changes feed into systemic changes, as our match-going habits, our buying habits and our voting habits pressurise clubs, organisations and governments.

People in different contexts across the world will have different ways of efficiently reducing their emissions, but with 3.5 billion fans around the world, what would happen if we all did what we could? Soccer fans would be the driving force behind a societal shift.

One of the joys of simple lifestyle changes is that once you’ve got in the habit of one, each new one becomes easier and it soon feeds into all areas of life. Once people start considering the environmental impact of what they do, it becomes second nature to question the rest – where have these tomatoes been grown? Can I find this second hand? Is there an alternative to taking the car?

Finally, once others see the simplicity of changes and the huge impact they have, they will start making these easy changes in their lives. But we need to get these statistics out there and talk about it as often as we can and with audiences that might not already be on board.

This isn’t a case of putting the onus on the individual rather than governments, organisations and big businesses. They still need to do their bit, but this is about using the power that we do have for maximum impact.

So how do we harness the power of the soccer community?

Those things that are the reason we tune in every week for the unpredictable chaos of the 90-minute storylines are also the reasons that soccer fans could drive this: the competition, the emotion, the uniting behind one cause. So a bit of friendly competition to celebrate the greenest group of fans could be the ideal way to mobilise the soccer fandom.

The numbers involved in soccer mean that even small changes collectively have a massive impact. Knowing this, shouting about it and being part of this huge community taking action together reminds us just how important our seemingly insignificant individual actions are.

Uniting the worlds of soccer and sustainability is an emerging, powerful sphere. There are organisations working in this space and this is only going to grow as this incredible community is united behind the defining challenge of our time.

Individuals underestimate their impact in driving change, but advocating for change amongst fellow fans has an unmeasurable impact as it ripples out into each person’s own spheres of influence.